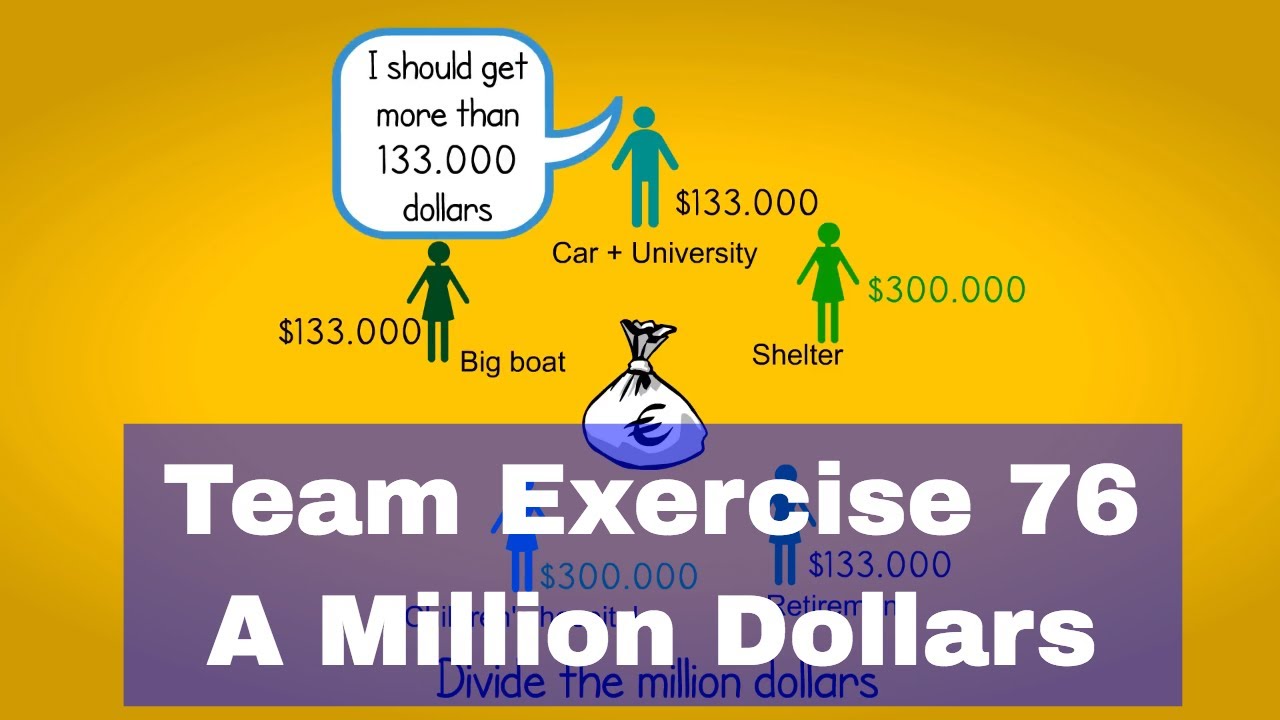 This is one of our teamwork games in which the team will say what he would do if he won a million dollar.

Next the team gets to divide the million dollars. They all have to agree unanimously how to divide the money. Encourage them to be efficient in the decision process. They learn how to make descisions in an effective way.

During the Teamwork Games exercise you can apply variations:

Do you have a good Teamwork Games variation? Please type it below this video as a comment.