Herman Otten
Get in Touch!
Recommended nr of people to join the exercise:
10 to 100+
Necessities:
Just your good mood ;) 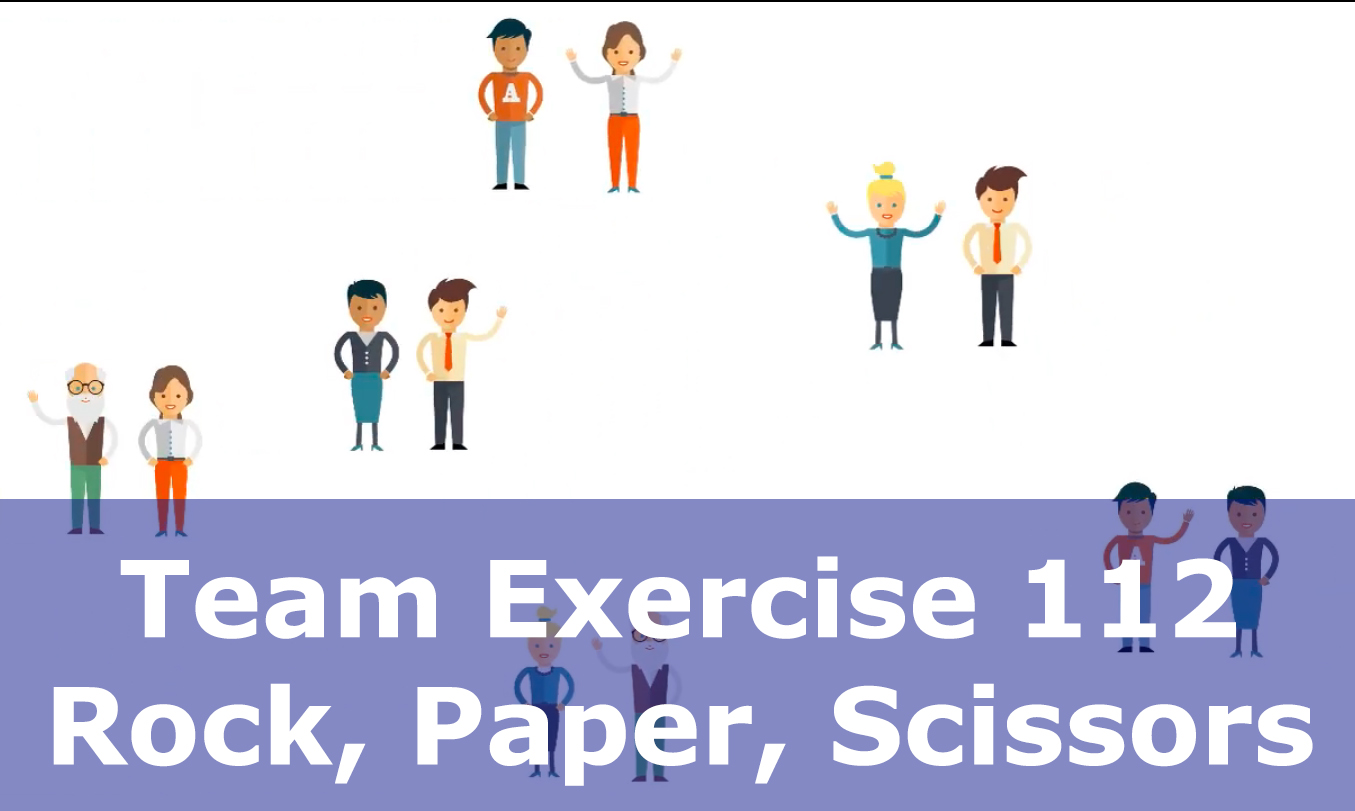 During this team building for large groups the team walks around the room and will play the game rock, paper, scissors.
Everyone finds himself a partner. Each duo faces each other and make fists with their hands, shake their hands three times and during the third time they choose to make a close fist. An open hand. Or two fingers. A paper wins from a rock. A rock wins from scissors and scissors wins from a paper.

The winner puts one arm up and looks for another person with one arm up to play with. The people who just lost do the same. The persons that win for the second time now hold up two arms. If someone who had one arm up loses he puts his arm back down again. Each person now searches for a similar person again and plays the game. The first person with two arms up who wins a game. is the winner of the team building for large groups exercise.

Do you know a good variation for the team building for large groups exercise?